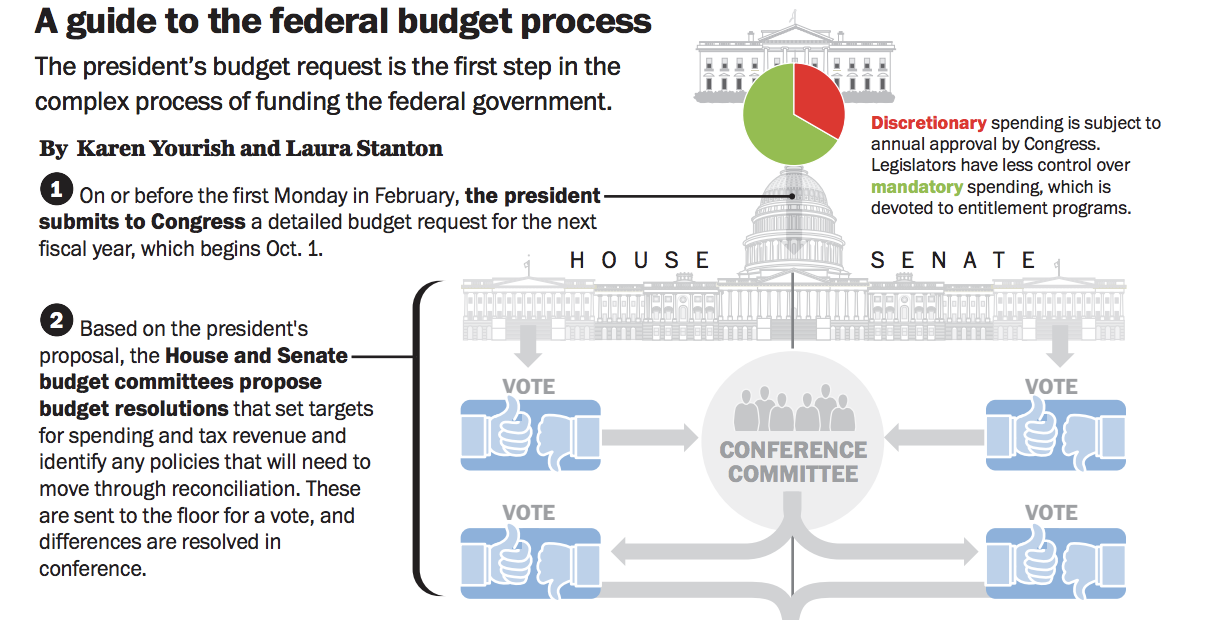 If you need a brief refresher on what this means and the fiscal year cycle, this is an important step forward in the government deciding to how to fund the agencies for the next year. That includes funding for NASA, NSF, DOE, and NIST, which are all important sources of research grant and facilities for our community. The FY 2022 cycle officially started two months late on 9 April 2021, when the Biden administration released the President's Budget Request (PBR), outlining their desired funding levels for the agencies. The next step is for Congress to take that input (and much, much more input from stakeholders through letters and hearings) and create its own version of the budget. The House and Senate generally first try to agree on the budget resolution, which sets the total amount of money the Appropriations Committees will have to spend. In February, Congress passed the budget resolution for FY 2022-2030.

The House and Senate each have their own Appropriations Committee which is then divided into the same 12 subcommittees, each of which is responsible for some aspect of US spending. For example, multiple science agencies fall under the jurisdiction of the CJS Subcommittee. The House Subcommittees get to take the first go at sculpting the agency budgets, which is what this post is about. The bills themselves are fairly bare bones; more information on all the agencies' budgets is included in the reports that comes with the full House Appropriations Committee markup. After this, the Senate Appropriations Subcommittees will come up with their own set of numbers, and eventually the House and Senate must agree on the budget, which is then sent to the president to be signed into law.

NASA's top line received an increase of 7.6% from FY 2020, slightly higher than the 6.6% increase the administration had proposed. The Planetary Science and Astrophysics Divisions received slight increases above the PBR, while Heliophysics Division is funded at slightly less than the request level. The House chose to keep SOFIA, which had been cancelled in the PBR. Also of note for funding lines is $419.1 million awarded for infrastructure restoration.

In addition, the bill prohibits NASA, the Office of Science and Technology Policy, and the National Space Council from working with China or Chinese-owned companies unless they are specifically authorized to do so by a law enacted after this Act. None of the funds awarded in this budget may be used to host Chinese researchers at NASA facilities. There is an exception to both of these provisions that can only be granted through the Federal Bureau of Investigation.

So far this Congress, both the Senate and House have introduced legislation to dramatically increase the NSF's budget. The Senate version was originally called the  Endless Frontier Act (EFA), but has since grown into the US Innovation and Competitiveness Act. The House released its own version of the EFA, the NSF for the Future Act. The NSF for the Future Act calls for an NSF budget of around $12 billion for FY 2022. House appropriators kept funding under $10 billion, which is the long-running community ask for the NSF, which is still a significant increase of 13% above FY 2021. In addition, the American Rescue Plan Act of 2021 (Public Law 117–2) included $600 million for the National Science Foundation to fund or extend new and existing research grants, cooperative agreements, scholarships, fellowships, and apprenticeships, and related administrative expenses to prevent, prepare for, and respond to coronavirus.

DOE Office of Science and NIST

Overall, the DOE Office of Science continues to see slow and steady increases just ahead of inflation.

Overall, NIST receives a large boost for FY 2022 of over 30%. Scientific and Technical Research and Services also received a double-digit increase of 19%.

11 Jun 2021
The Biden administration released the full President's FY 2022 Budget Request on 28 May. Here we provide some detail about the funding for NASA and other federal agencies that support the astronomical sciences.