A Continuing Resolution and Other Science-Related Legislation 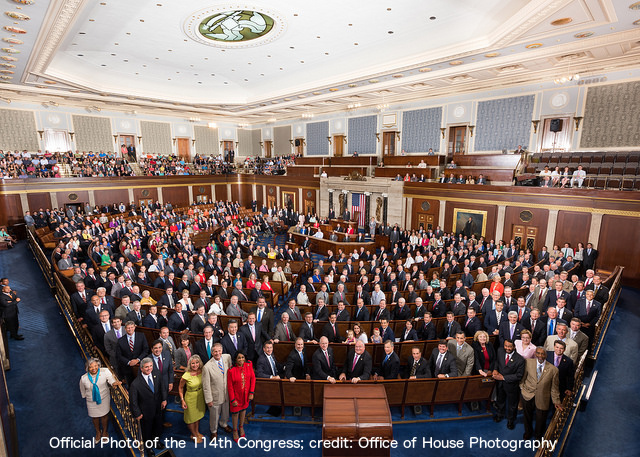 After spending most of the month of September working, Congress is out of session until after the election. When the 114th Congress returns on 14 November, at least some members may not have been reelected by their constituents. This adds to the uncertainty of what the Congress will get done after the election. Even if they were not reelected, their job officially continues until the end of this Congress on 3 January 2017. However, if they were not reelected, some members of Congress may feel that they should not speak for their constituents. This could mean that no legislation advances by the end of the year. Any legislation that has not been enacted by the end of the 114th Congress will be wiped from the board, and a new version must be introduced during the 115th Congress.

The one thing that we know this Congress will address is funding for FY 2017. The fates of the other science-related pieces of legislation, NASA authorization, COMPETES authorization, Space Weather Research and Forecasting Act, and FASTR, are less certain. In this post, we will provide a status update on these topics and, where appropriate, provide some possible paths forward. FYI AIP provides information on additional pieces of legislation that may be of interest.

As always, you can find up-to-date information on relevant federal policies on the AAS Policy pages.

Fiscal year (FY) 2017 started on 1 October 2016. The House and Senate were not able to pass all of the appropriations bills necessary to fully fund FY 2017. Instead, they passed a continuing resolution (CR), which extends FY 2016 spending levels for most agencies until 9 December 2016. This particular CR includes full FY 2017 funding for the Military Construction and Veterans Affairs appropriations bill, as well as funding for addressing Zika and recent natural disasters.

We in the astronomical sciences pay most attention to the Commerce, Justice, and Science (CJS) bill and the Energy and Water (E&W) bill. These bills set the spending levels for NASA, NSF, and DOE's Office of Science, the agencies that provide most of the federal support for the astronomical sciences. You can read about the House versions and the Senate versions in previous blog posts, but we will have to wait until the Congress returns from recess to know how our programs will be funded for the duration of FY 2017.

If this year proceeds like recent years, then Congress will bundle the remaining appropriations bills into a single bill called an omnibus. Some members of Congress are advocating for passing another CR that funds the government until the new calendar year, which would push the responsibility of reaching a final agreement to the next Congress and administration. A third option is that Congress will pass minibuses, bundles of two or three of the remaining appropriations bill.

The House passed a version of a COMPETES reauthorization (HR 1806) in 2015; AIP FYI wrote about the details of H.R. 1806. In June 2016, Senators Gardner and Peters introduced a version of the COMPETES reauthorization called the American Innovation and Competitiveness Act (AICA, S. 3084). S. 3084 is summarized in an AAS Policy Blog post and by AIP FYI. The committee passed the bill by voice vote, with amendments, one of which included authorization levels for NSF — $7.51 billion for FY 2017 and $7.81 billion for FY 2018. The full Senate still has to consider passage of AICA. If it's passed, then this bill will have to be conferenced with the House bill.

In spring 2016, Senators Peters (MI), Booker (NJ), and Gardner (CO) introduced the Space Weather Research and Forecasting Act (S. 2817). The bill focuses on the capability of the US to understand the causes and effects of space weather, which includes an emphasis on basic and applied research and a recognition of the need for cross-agency cooperation. The bill passed favorably out of the Senate Commerce, Science, and Transportation committee. As of this writing, a similar bill has not yet been introduced in the House.

The Congress has been considering legislation that would set specific guidelines for scholarly publications. The legislation, called Fair Access to Science and Technology Research Act (FASTR), S. 779 in the Senate and H.R. 1477 in the House, aims to improve access to tax-payer funded research results. S. 779 was passed favorably by the Senate Committee on Homeland Security and Governmental Affairs. H.R. 1477 has been referred to the House Committee on Oversight and Government Reform, but no markup is currently scheduled.