The House's Versions of the FY 2017 Budgets for NASA, NSF, and DOE 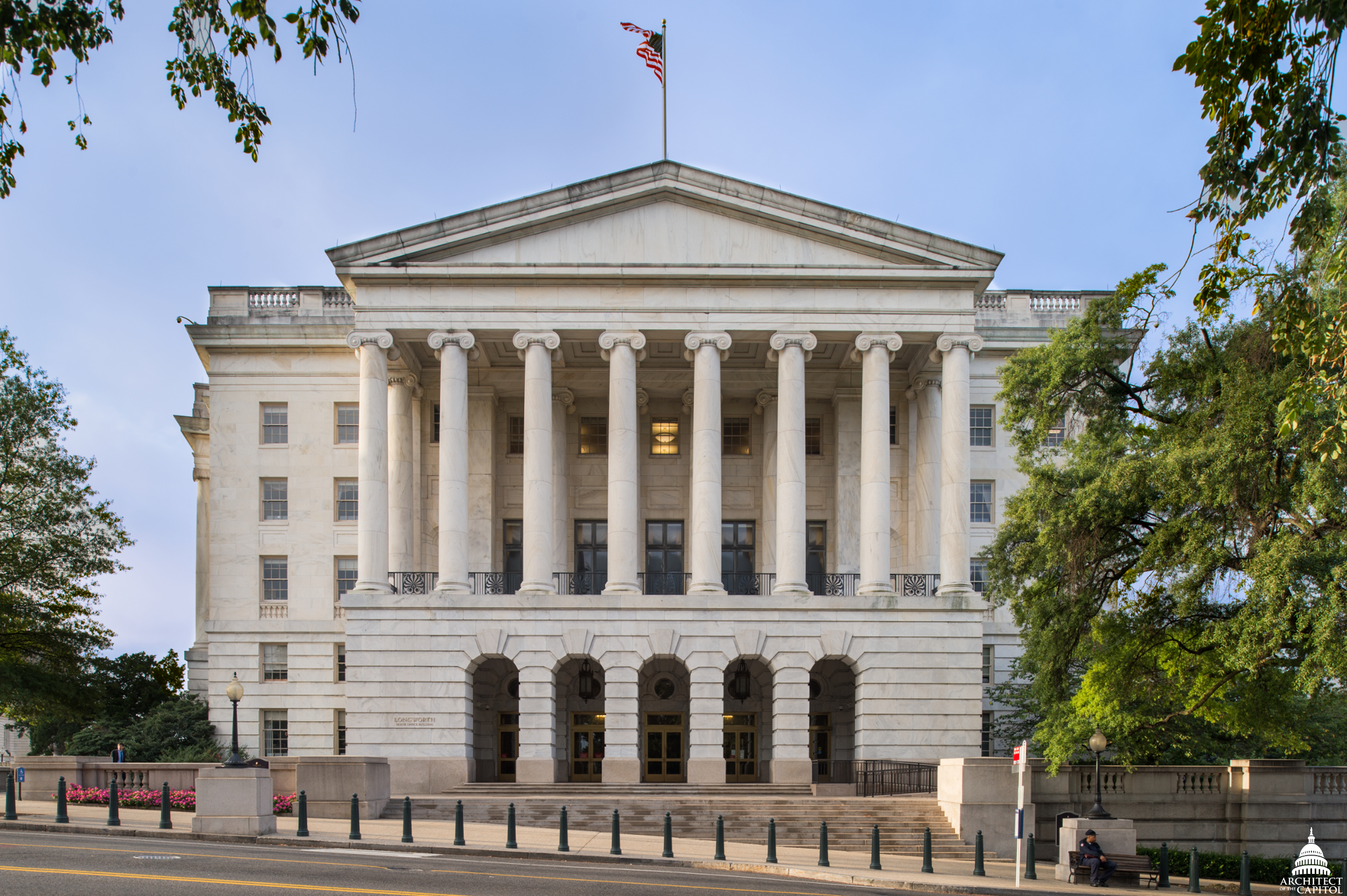 The House Appropriations committee approved of the Energy and Water Development and Related Agencies Appropriations Act, 2017, which includes the Department of Energy (DOE), on 26 April 2016, and the Commerce, Justice, and Science and Related Agencies Act, 2017, which includes NASA and the National Science Foundation (NSF), on 24 May 2016. The Senate versions of these bills were approved by the Senate Appropriations committee and were summarized in a previous post. Updates to the appropriations process will be posted to the Information About Relevant Policies page as they become available.

In this post, we will present a summary of these two House bills. The table below shows how the budget request breaks down for the relevant accounts, in millions of US dollars. We are comparing the total request from the President's Budget Request with the baseline request (total request without the mandatory budget authority), the Senate bills, and the House bills.

The House did not authorize any mandatory budget authority but backfilled most of the programs so that they aren't cut below FY 2016 levels — just like the Senate's bills. A striking difference between the House and Senate versions is on which divisions and programs an emphasis has been placed. To reiterate a point made in the post about the Senate's bills, we remind readers that this difference mirrors the trends of recent budget cycles. When the House and Senate versions are conferenced, we usually end up near the middle for each division, c.f. FY 2016 and FY 2015.

The House version of the budget for NASA's Science Mission Directorate is roughly flat, though the Planetary Science, Astrophysics, and Heliophysics divisions all see an increase.

The House version of the Planetary Science budget includes a 13% increase over FY 2016, and is 21.5% higher than the total request. The House has directed how that increase will be distributed to each of the programs within Planetary Science — see the table below.

Astrophysics includes a nearly 8.5% increase over FY 2016, which is a 1.4% increase over the total request. SOFIA is funded at $85.2 million, which is the same as FY 2016 and $1.4 million higher than the request. The increase also includes a $10 million increase to the Exoplanet Exploration program to develop technology for a possible StarShade to use with WFIRST.

They also request that NASA keeps the Committee informed of future plans for X-ray and gamma ray facilities and acknowledge the science communities' efforts regarding planning for the next decadal survey and upcoming Explorers Announcement of Opportunity.

The $50.6 million decrease in funding for JWST is within the funding profile and fully supports an October 2018 launch.

The House version of Heliophysics matches NASA's total request, which is a nearly 7.5% increase over FY 2016.

The NSF top-line is roughly flat, and Research and Related Activities is increased by $45 million over FY 2016. The Major Research Equipment and Facilities Construction (MREFC) projects for the Astronomical Sciences division are the Large Synoptic Survey Telescope (LSST) and the Daniel K. Inouye Solar Telescope (DKIST), which are both funded at the request. The House version does not include funds for any Regional Class Research Vehicles (RCRVs).

The Committee reaffirms its support of the peer review process that NSF uses to award research grant funding, and directs NSF to continue "its efforts to ensure that award abstracts clearly explain in plain English the intent of the project and how the project meets both the intellectual merit and broader impact review criterion." Regarding the Astronomical Sciences Portfolio Review, the Committee requires that NSF "shall not implement any final divestment" without first reporting those actions to the Committee. The Committee also acknowledges NSF's attempt to work with academic and private sector partners to share the operations and maintenance costs of existing facilities.

The House's Energy and Water Appropriations bill includes $39.96 billion for the Department of Energy (DOE) and $5.4 billion for the Office of Science. High Energy Physics (HEP) within the Office of Science is funded at $823 million. HEP includes, among other things, the Cosmic Frontier, which includes the dark energy and dark matter experiments. These experiments are funded at a combined $23.5 million, and LSST Camera is funded at $45 million.