Note: As things continue to develop over the next month or so I will be updating this post (to go straight to an update: 16 Dec, 10 Dec, 19 Nov, 2 Nov, 30 Oct, 28 Oct, 26 Oct). Once appropriations have been signed I will do a separate post with the details of the appropriations. If you’re interested in the process, you can find information here and should check back every week or so. If you just want to know how things ended, you’ll have to wait until ~11 December ~16 December.

1 October 2015: Fiscal year (FY) 2016 started. The normal cycle would have meant new appropriations bills had been passed and signed, but we ended up with a continuing resolution instead, as described in an earlier post.

26 October 2015: Congressional leadership and the White House announced the Bipartisan Budget Act of 2015. This legislation does a few different things (discussed below), but of relevance to the appropriations cycle is that it gives appropriators permission to spend more money. Without the agreement discretionary spending would have continued to be capped by the sequestration limits. Many consider continued sequestration caps to be unacceptable, and for them the only way to come to an agreement on appropriations was to have more money for both defense and non-defense discretionary spending.

Details on the Bipartisan Budget Act of 2015: 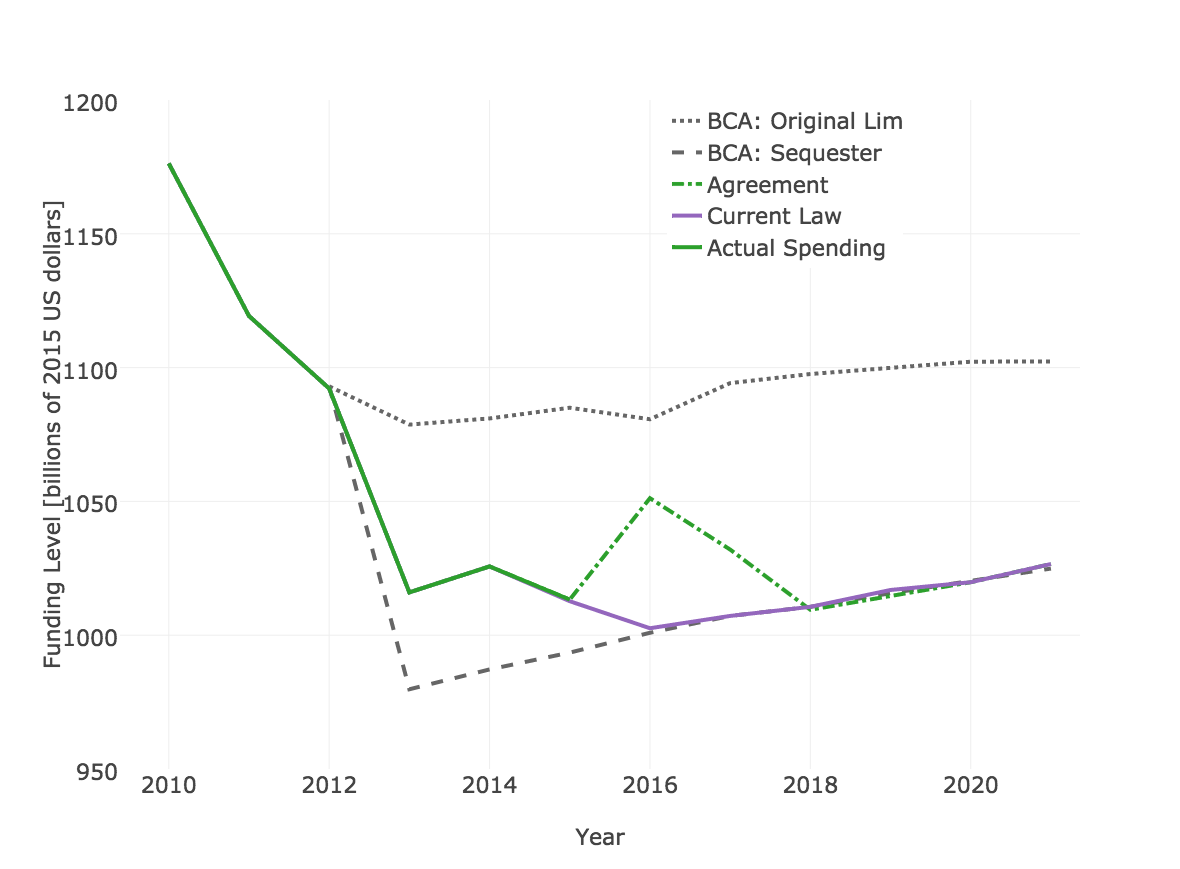 19 November 2015: It's looking more and more like that the 302b allocations (described as the next step below) will not be made public. Despite this fact, the subcommittees are currently deciding how the extra funds from the budget agreeement will be divided amongst the agencies. Sadly, we will likely not know the final result until 11 December, at the earliest.

10 December 2015: The CR expires tomorrow, and you may have expected that I would be updating you with some numbers soon. I'm afraid that I have to dissappoint you. All indications, c.f. Reuters, Roll Call, and Space Policy Online, are that Congress will pass another CR - this one is expected to last until 16 December. If you'd like a little silver lining with this cloud, then consider this point made by Marcia Smith: this short CR could indicate that everyone is close to agreeing.

16 December 2015: The CR expires tonight, and while the Omnibus hasn't been passed yet, the conference committee has finally finished negotiations and made it public. A brand new post will soon be going has gone live with the breakdown for the astronomical sciences. To give themselves time to review the Omnibus and vote on it, they passed another CR. This CR expires on 22 December 2015.

- The subcommittees will be told how much money they each get — this is a process known as 302b allocations. This information should be made public next week.
- The subcommittees will each decide how to divide up those allocations between the agencies. Remember that in the normal appropriations process there are 12 appropriations bills that detail the funding that the federal agencies receive, often with some instruction on how to spend those funds. That same discussion will happen again, and they will likely use the House and Senate versions, described in an earlier blog post, as a starting point. We likely won’t know the results of this until December.

While you’re waiting, you can find even more information about this budget deal at http://www.spacepolicyonline.com/news/senate-passes-budget-debt-limit-deal and http://www.aaas.org/news/two-year-budget-deal-means-room-rd-growth.