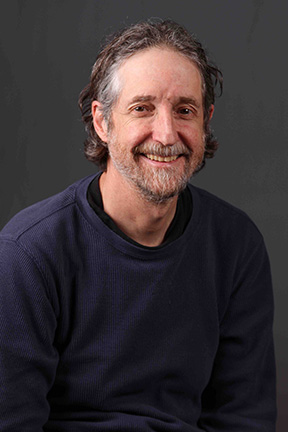 In last year's election, only 16% of AAS members cast a vote. This year, the contest for Vice-President of the Society is between two old white men. Not only that, but Stephen Unwin and I were the losing candidates for the same position last year. So, who cares? Can't they find different candidates who might better represent the diversity of the AAS? It's a good question to ask. But I believe the answer is that we all need to work together to improve diversity, and that we all have something to contribute. Both Stephen and I care deeply about the AAS, and the critical role it plays in astronomy and in the promotion of science education in our country. Please read our statements and vote for the person who you feel will do the best job for the Society.

In these uncertain times where issues like climate change seem to be threatening the future of humanity, I feel that the AAS is more important than ever. Maintaining and improving scientific literacy in the United States has never been more crucial. We must continue to make the point that the payoff for tax-payer investments in the areas of science education and basic research is huge, and that astronomy, in particular, has the ability to inspire great interest in science.

The AAS is on the forefront of promoting diversity and inclusion in science. The Vice-Presidents are responsible for planning the programs of the Society's scientific meetings and also act as advisors to the President. Planning the scientific program and the selection of speakers is important. The speakers must be selected in such a way that we not only show off our best science but also show our diversity and inclusion.

I will bring a great variety of life experience if elected as Vice-President. I immigrated to the US as a newly minted PhD, and have lived and worked here ever since. I spent over a decade on soft money, and two years at NASA as a program officer before getting a tenure-track position. I have been a professor at LSU for 22 years and I am still trying to become a better scientist, a better mentor, and a better teacher. I have served the AAS in a number of positions including Council member, and chair of the CSWA and the Sustainability Committee.

I have had a career-long interest in increasing diversity in astronomy and am keenly interested in assuring inclusion in science for everyone. However, there is a real danger that the gains we have made as a Society in increasing the diversity of our membership may be lost. Our home institutions, as well as our local, state, and federal governments need to pursue policies designed to be open and welcoming to all. If elected, I will work through the Society to maintain and enhance the key areas of science education, basic research, diversity, and inclusion.