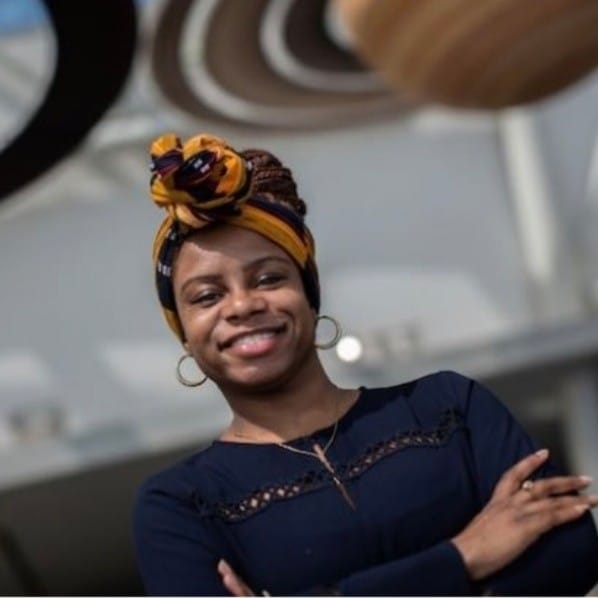 "Continue to be better than what you were yesterday."

Ashley Walker is an astrochemist, planetary scientist, and science communicator. She received her B.S. in Chemistry from Chicago State University where she became the first astrochemist in the university’s history. Ashley has interned at Harvard University studying planet forming disks and Johns Hopkins University studying planetary atmospheres on Saturn’s moon, Titan. She was a post-baccalaureate intern at NASA Goddard Space Flight Center in the Spice Lab. In the Spice Lab, she specialized in the cloud chemistry of planetary atmospheres on Titan. She has been featured in an array of interviews which includes Scientific American, BBC America’s “Space Week,” Katie Couric’s “Thank You Notes,” and is one of the faces of NASA. She advocates for students of color and highlights Black scientists during Black History Month. She is also the founder of #BlackInAstro week, co-founder of #BlackInChem and #BlackInPhysics week, and a committee member for AAS CSMA and the Women of Color Project.